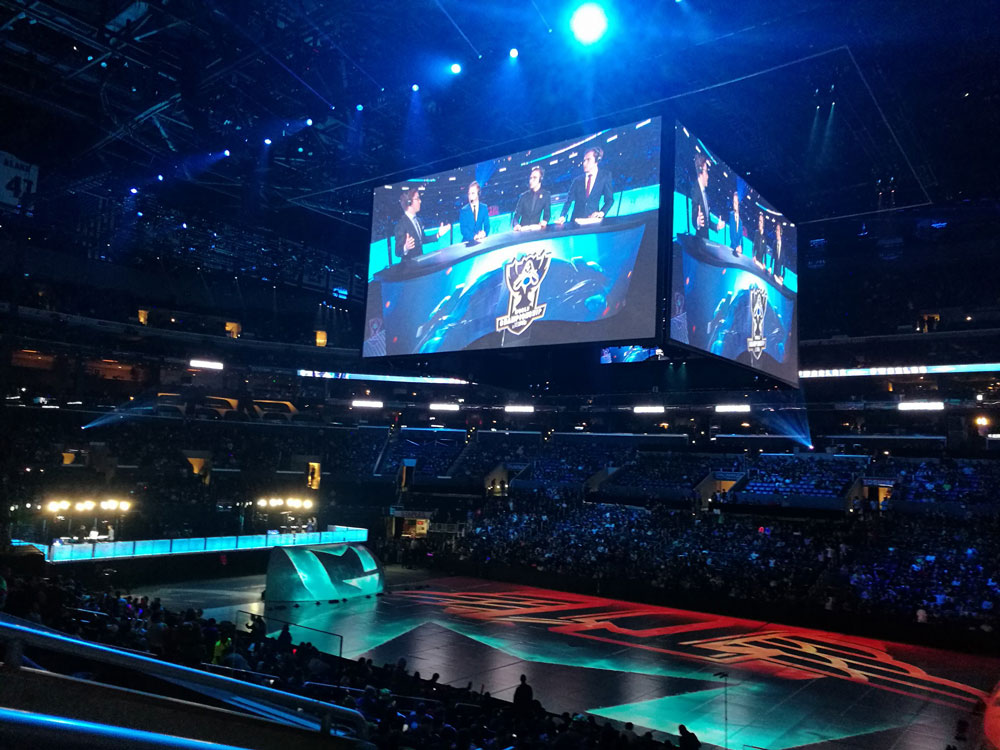 The rapidly developing esports or electronic industry promises professional career opportunities. No longer seen as a game, esport grew into a growing industry.

A market research and consultancy company specializing in the game and esports industry in Southeast Asia and China, 41 percent of the 266 million Indonesians are casual mobile or PC gamers. Revenues for online PCs and mobile games in Indonesia reached 606 million US dollars in 2018. That number is expected to increase to 1,156 million USD in 2022.

The President of the Indonesia Esports Association (IESPA) Eddy Lim explained, electronic sports (esports) in Indonesia had actually appeared since 2000. But when it was just a game, it had not become a sport — six years starting to develop into sports. Indonesia itself has hosted game matches at the 2016 Tavisa event.

He said, esports is a sport of the future. This sport develops by riding on technological advances.

Profession Other Than Players

According to him, the development of esports provides opportunities for new professions. Not only as an athlete and referee but explore the business side of esports. For example, being a game organizer event organizer, also to prepare for the production of game competition.

“We invite universities to form Esports SMEs to prepare their human resources. Esports is 30 percent talking about achievements, 70 percent about the preparation of human resources in the esports industry,” he said.

The business side of esports can be explored and studied through the UKM. “Esports start from a business. Because it is down from business, the business side is very thick,” said Eddy.

In this event, four speakers explained their career in the world of esports. They are Stanley Tjia as an international referee of Esports, caster, and influencer Clara Mongstar, PBIC 2012 World Champion, who is also an alumnus of Maranatha University August Urip Santoso, and Nixia founder and NXA-Gaming team manager Fram Shaw.

Deputy Rector III of Maranatha University Robby Yussac Tallar said games are the world of the millennial generation now. Like a knife, games can be used for both good and bad things.

“Not only playing games but also developing ourselves. This is not just a game,” he said.

He hopes students and young people generally not only play but also get to know all the ins and outs of esports.

“In the coming era, everything is virtual and digital, and it’s your world,” he said.

He expressed his pride for the success of the Maranatha University team, which became one of 12 universities in the 2019 Universities Series IEL competition.

MIX 360 ESPORTS, as a business entity with a commitment to developing the esports industry in Indonesia, is currently working on various initiatives to build the esports ecosystem in the country, starting from fostering professional athletes and caster esports seeds, to preparing quality esports team management. One of the first steps was by launching the 2019 IEL University Series.

Ministry of Youth and Sports (KEMENPORA) supported the 2019 IEL UNIVERSITY SERIES which is the first official and famous esports competition for university-level in Indonesia, (KOI) Indonesian Olympic Committee, the Federation of Indonesian Community Recreational Sports (FORMI), and (IESPA) Indonesia Esports Association. This competition was also approved by (AeSF) Electronic Sports Asia Federation, which later will become part of the official local university league under the auspices of the IESPA.

In the IEL 2019 University Series season 1 event, as many as 12 selected campuses were ready to send representatives to win. One of them is Maranatha Christian University.

Two branches of the competition are Dota 2 and Mobile Legends. The 12 participating IEL Universities will be divided into two groups that will play an online preliminary round from January to March 2019. Then, the best four teams from each branch will compete in the semifinals and finals at the end of April 2019. As for the place, the final round of the IEL 2019 University Series took place at the LigaGame Arena. The total prize of Rp. 1 billion will be contested by the IEL 2019 University Series participants in this first season. 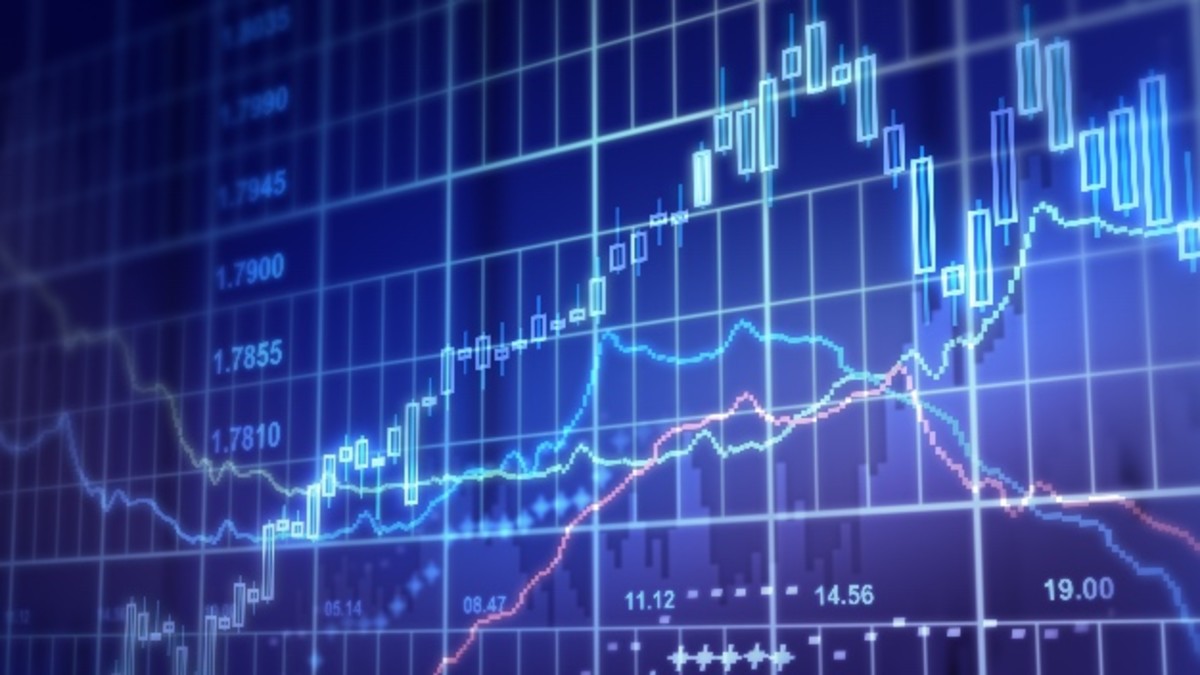 As someone critical and intelligent, of course, the truth of a statement needs to be examined. How about you?

Have you ever gotten a call from telemarketing or anything that promises to be profitable? I think almost everyone has gotten a call like that.

But if I invite you to invest in shares, do you want to? If you immediately want it just because I asked him, it means you are not investing in stocks, but investing in my trust. And that is the wrongest and problematic thing: trusting something without researching it first.

Alright back to the question of the title of this article, “Is it true that investing in stocks is profitable?” Too bad, the answer is no. Precisely: not always!

If I mention Krakatau Steel, do you know? Krakatau Steel is the largest steel producer company in Indonesia. Do the stocks benefit the investor? Let me give a price chart.

How to assess the benefits of owning this stock? Yes, it can be answered by looking at the first time this stock was on the stock exchange to this day, stock investors from Krakatau Steel always lose regularly. Let me take the example of other companies.

Do you know Unilever Indonesia? A consumer goods company that produces a lot of products that are used daily. I can hardly believe that there are people in Indonesia who have never been in contact with one of Unilever’s products. Is it profitable to own the shares? Here is the price chart.

Obviously, from the growth in prices, Unilever’s stock investors benefit. Do not stop there. It turns out there is an interesting story if we want to study the movement of stock prices that are profitable for us, for example, Unilever in its past.

Is it profitable to own shares? From this article, the picture is clear that wrong in choosing stocks will make us fall into losses.

The importance of learning how to choose profitable stocks is the need to invest knowledge in yourself, such as by reading a book or learning from various sources.

It is true. There are various controversies from the failure of large companies, as I demonstrated in this article. I discussed examples of other stocks that were not successful in my sixth book, titled Bandarmology: When all shares have a bookie.

Investment is like choosing and developing a duck that has a golden egg. It requires patience and sufficient knowledge to succeed — greetings for investment in Indonesia. 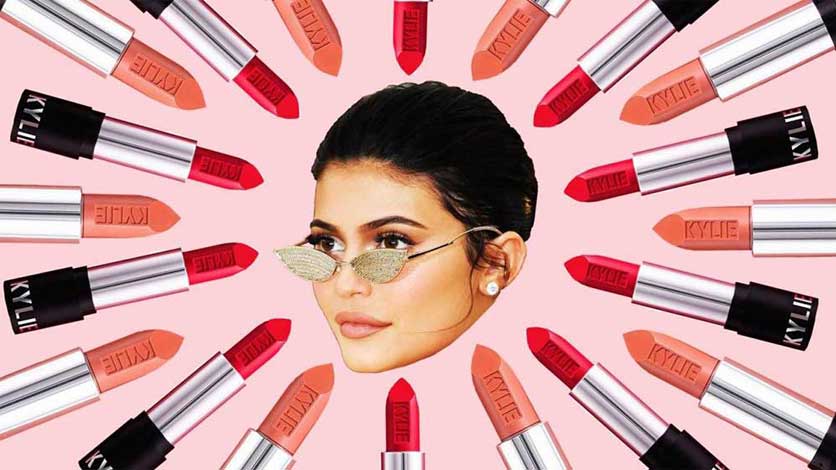 Rich at a young age would be everyone’s dream, and Kylie Jenner just obtained this surprise. Based on data released, Kim Kardashian’s sister managed to collect trillions of rupiah in the past four years.

1. Kylie Started Her Business in 2015 With Only Seven Full-time Employees

The Kylie Cosmetics business has reached the age of four. Kylie admitted that she started from scratch and only had seven permanent employees and five freelancers. Even with limited resources, its products have been successfully marketed in 50 countries with billions of rupiah in sales.

Regarding finances and public relations, she entrusted her mother, Kris Jenner. This 63-year-old woman manages Kylie Cosmetics with an agreement to receive 10 percent of the profits. Assigning your family rather than recruiting professionals is a difficult decision.

3. Rely on The Power of Social Media

“I rely on the power of social media, I think I must have a strong reach before starting anything,” said the young mama with 128 million followers on Instagram, Twitter, and Facebook.

Fans’ trust in the products produced by Kylie is really high. She built a good connection between herself, what was sold and loyal fans.

4. Without Having an Offline Store

From 2015 to early 2018, Stormi’s mother sold her products online. Relying on the internet has become a strength. Interestingly, even without a store, Kylie Cosmetics sales are never empty.

In the middle of 2018, Kylie collaborated with Ulta and succeeded in opening her first 1000 offline stores. The market response was extreme and made sales increased drastically, with a profit of USD 54.5 million or Rp765 billion in six months.

Kylie listed her name as the youngest person in the world to reach a wealth of USD 900 million or Rp. 12.7 trillion at the age of 21 years. She even defeated Mark Zuckerberg, who achieved the same wealth at the age of 23 years. It also named her the richest woman in the world.

Wow, with wealth growing at a young age, Kylie is predicted to be one of the brightest entrepreneurs in the future. After cosmetics, will she look at other businesses?

There are no upcoming events at this time.

Esports as a New Professional Business

Is It True That Stock Investment is Profitable for Young Entrepreneurs?

Kylie Jenner, The Youngest Billionaire With The Power of Social Media